Native Bid Adjustments is an advanced feature extension to the Verizon Media Ad Platform family that provides you with greater control over your campaign performance.

If you’re a brand or direct-response advertiser, you can now adjust bids to optimize supply and device placement toward your campaign objectives.

You can download a sample Bid Modifier Calculator in .csv format here. 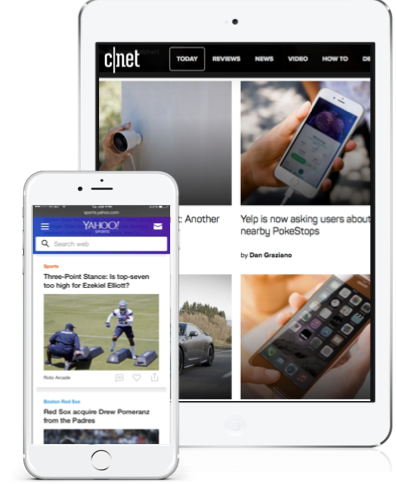 You can specify bid adjustments in the Native UI, as shown below:

Bidding is via a positive or negative modifier.

Three tiers are available for bid adjustments, as shown in the table below. Each group has its own modifier rules: 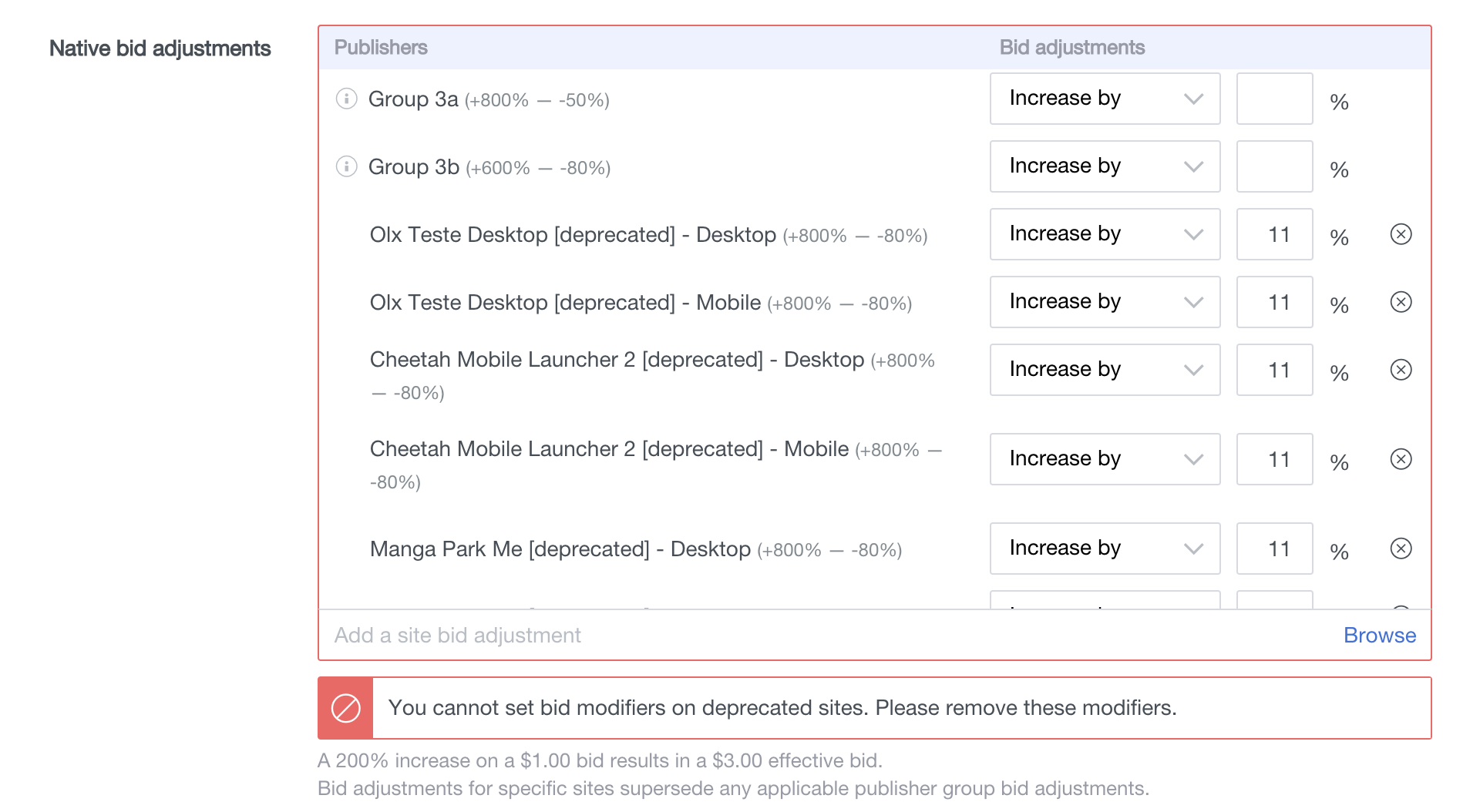 For new campaigns, follow these steps to set up your native bid adjustments: 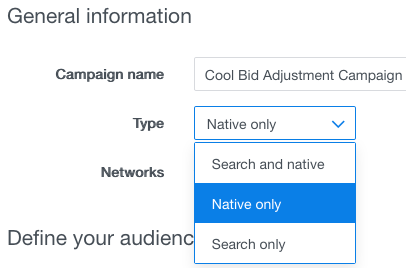 To edit existing campaigns or ad groups, follow the same steps described above.

For which campaign types is this new feature applicable?¶

All campaign objectives, except oCPC, App Install and Promote my products.

Where can I set the bid modifiers?¶

At the Campaign and Ad Group levels (On Native-Only Campaigns).

Can I still run mobile-only campaigns?¶

How often are these 3 groups refreshed?¶

Performance is analyzed daily and the groups are refreshed accordingly.

What is the effect of impression share on Group 1 when negative modifiers are in place on Groups 2 and 3?¶

Bid groups are independent of one another. A bid in one group does not affect impressions in the other groups.

What percent of my ads will be served in Group 1, Group 2 and Group 3?¶

Native Ad Platform is a dynamic marketplace. Other advertisers and other bids in the system at any given time will determine where, and how often, your ads are served.

Are tablet placements part of A or B modifiers?¶

Tablet sections are grouped with B modifiers.